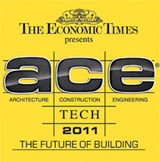 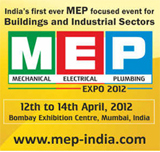 The advent of technology has changed the way the world thinks and functions. There has been a turn through time, from sample catalogue books, to a mobile phone application which eliminates the preferred touch, feel and buy process. This new concept gives the prospective consumer or seller a similar outlook of the product, right in the palm of their hand. Lutron, being one of the leading light control innovators have followed suit with the Lutron Shade Fabric Collection Application for iPad.

The latest fluorescence filters from HHV will meet the challenging task of detecting the explosive in surface/ land mines with handheld bomb detectors.

The Bangalore based Hind High Vacuum Co. Pvt. Ltd. (HHV), announced that its thin films technology division has exclusively developed a ‘fluorescence filter’ for handheld bomb detectors. HHV’s ’fluorescence filter’ which is integrated with the explosive detecting device, allows to a particular wavelength of fluorescence light and this will be enhanced for accuracy of the detection process.

The detector uses source of light to stimulate the sensing element (fluorescent polymer (FP)) coated inside the bore of a glass capillary tube to emit fluorescent light.

Addressing the media in New Delhi, the Group Chairman, Mr. Nicolas Jachiet said, “India has emerged as one of the key markets for the EGIS group and we plan to make significant investments to drive growth in India. We are looking at growing both organically and inorganically in the Indian market.

Tata Housing Development Co. Ltd., India’s fastest growing real estate development company is proud to be acknowledged by Indian Realty Awards as one of the best developers this year. Tata Housing was recently felicitated, at the The Lalit Hotel in New Delhi, where the award ceremony was held and the event was graced by Bollywood actresses Chitrangda Singh, Soha Ali Khan, and boxer Vijender Singh.

Luxora Infrastructure Pvt Ltd (LIPL) has announced the launch of Ensaara Metropark, a unique, metropark project in the state of Maharashtra, under the Government of Maharashtra’s Special Township Policy.

Hettich plans to invest Rs. 500 crores in India
Sets up Rs. 100 Crores manufacturing plant in Vadodara
Hettich, one of the world’s largest manufacturers and a leading brand of furniture fittings with a turnover in excess US$ 1.2 billion and a global presence in 110 countries, announced plans to invest Rs. 500 Crore in India over the next five years. The company established operations in India by setting up a 50:50 JV with Adventz, the Saroj Poddar Group in the year 2000.

My Eco Energy all set to revolutionize the Indian Bio- Fuel Industry; Enters the market with its pioneering in waste to Bio-Diesel

Waste to Bio-Diesel is an environmentally safe fuel suitable for most diesel engines
Bio-Diesel to help reduce dependency on non-renewable fuel mediums; will be the ‘Fuel of the Future.
My Eco Energy, a pioneering company engaged in the manufacturing, distribution, marketing and retailing of waste to Bio-Diesel, a non-petroleum based fuel, recently announced its foray into the Indian Bio Fuel industry.

Godrej Properties completes Phase 1 of Godrej Garden City in Ahmedabad The Mumbai-based real estate developer commences handing over of apartments at its township project in Ahmedabad
Godrej Properties Ltd. the real estate development arm of the Godrej Group, commenced the handing over to
customers of Phase I of Godrej Garden City (GGC), Ahmedabad. There are 624 apartments in 13 towers that have been delivered in Phase I of this project. GGC is located just off SG Highway in the heart of Ahmedabad. The project is within Ahmedabad Municipal Corporation (AMC) limits and is easily accessible from any part of the city.

HCC was accorded the Bombay Chamber’s Civic Award for its continued efforts to serve the well-being of the community – both in the immediate vicinity of its work operations as well as beyond.

India being the region with high humidity levels, fog poses a great challenge due to moisture condensation. After condensing, tiny droplets are formed in such a way that it scatters light very easily and because of this visibility through transparent substrates gets hampered. This can create havoc especially during monsoons. The invention especially with its affordability can be used on trucks, rickshaws and other public transport enabling wide range use and ensuring fewer mishaps during accident prone weather conditions.” Says Dr. Swapan Ghosh.

Helping hotels reduce consumption and cut costs
GROHE Water & Energy Audit identifies potential savings and enhances sustainability credentials
Water and energy are two precious resources whose value continues to rise. This is why managing their consumption is paramount particularly in places where many consumers of water and energy congregate on a daily basis. Hotels are a case in point. The GROHE Water & Energy Audit is an exclusive service offered by GROHE to support hotel operators in their quest for sustainability and cost effectiveness. Whether it is normal guest rooms or bathrooms for people with special requirements, public bathrooms, spa areas or even the kitchen, GROHE provides the perfect water and energy saving solution for all areas of the hotel business.

National Green Tribunal banned Digging of Earth across the CountryThe National Green Tribunal on 28 September 2013 banned digging of earth across India for making bricks and roads without prior environment clearance. A bench headed by Justice P Jyothimani directed the Chief Secretaries of all states and union territories to ensure that its interim order is adhered to. The tribunal issued notice to Uttar Pradesh seeking its response on a plea to direct the state government to stop extraction of earth for making bricks and roads, allegedly going on in violation of a Supreme Court decision and directions of the Environment Ministry to all states.

Arihant Industrial Corporation Ltd. (AICL), a manufacturer of playground and waterpark equipment, is pleased to announce they have several employment opportunities currently available. The attractions industry is a $24 billion industry.

The best place to get first-hand experience in this field is by becoming part of the Arihant family. Currently, Arihant has three openings: Installation coordinator and business development executive . They offer a team environment and work to help their employees grow in their careers, helping them bring out their full potential.

Puravankara sets an upward trend with Purva Westend sales Sees overwhelming response through innovative Book building method Half a million sqft sold within 4 days of launching the project. Puravankara Projects Limited, a leading real estate developer in India, launched Purva Westend in Bangalore. Puravankara set a benchmark by selling half a million sqft within 4 days of the project’s launch. The overwhelming response was due to an Innovative Book Building Method adopted by Puravankara. The Book building method offered customers an opportunity to book their dream home at a price that was released through a transparent price discovery mechanism, possibly for the first time in Bangalore’s real estate market.

Many developers rode the 2008 real estate boom by catering mainly to high-income buyers until the housing bubble burst. In the past six years, there has been an increasing trend to entice lower and middle class clients with smaller properties outside Mumbai limits. These locations are 60 to over 100 km from Mumbai. But they registered brisk sales of smaller flats in places like Boisar, Virar, Panvel, Kalyan, Shahpur, Ambivali and Karjat. These homes cost anywhere between Rs 10 lakh and Rs 35 lakh.

Reliance Jio makes a big splash in the Telecom Industry

Reliance Industries Limited (RIL) has always innovated in different sectors over the last three decades. The latest is their re-entry into India’s lucrative telecom sector. Reliance Jio has created so much hype in the country to change the country’s digital vision that at present the competition is actually with them, to deliver what they promised. The entire hope of the Indian audience for 4G Services (that would be responsible for some cutting edge services) lies with RJIL. As business plans go, they don’t come more difficult than Reliance’s Greenfield entry into the telecom sector. While starting from scratch, they are backed by the deep-pocketed RIL. They took a middle path – not totally asset light or not totally depending on passive infra providers. Reliance Jio is setting up own towers, laying own OFC network and establishing a submarine OFC network with global partnerships.

Mr Rajeev Singh, President -RAK Ceramics was part of the traditional lamp lighting alongwith dignitaries of IIID , and with the Chief Guest of the function H.H. Chattrapati Shahu Maharaj of Kolhapur.

Mr Rajeev Singh gave a very engaging presentation of RAK Ceramics to the audience, during the inaugural function.

Kamdhenu Ispat Limited registered an impressive Growth of 33% in Net Profit and 81% in net income in October-December, 2013 quarter

Kamdhenu Ispat Limited, one of the prominent construction materials manufacturers in India, has posted more than 16% increment in the net profit during October-December 2013 quarter as against immediate previous quarter July-September 2013. The company’s net profit rose to Rs. 163 lacs in the third quarter of the current fiscal from Rs.140 lacs recorded immediate previous quarter ended September, 2013. However, net profit has posted 33% increment during October-December 2013 quarter as compared the same quarter ended December 2012.

Mantri Developers Private Ltd, South India’s leading real estate developer, known for innovation and quality, announced the launch of Mantri Courtyard – its first Row House project, which provides private courtyard for every home. Located on a hillock off Kanakpura road, Mantri Courtyard is build to cater to the increasing demand for world-class homes in Bangalore. The landscape of the project has been innovatively designed using the natural slope of the hillock with the architectural expertise honed by years of Mantri Developers’ experience.

DAMAC Properties, one of the largest residential, leisure and commercial developers in Dubai and the Middle East, has announced the completion of the first major construction phase at DAMAC Towers by Paramount.

The concrete raft has been cast at the US$1 billion project in the Burj Area of Dubai, allowing main construction to begin on all of the four towers.

“This is a critically important phase for the development,” said Niall McLoughlin, Senior Vice President, DAMAC Properties. “Now that the full raft has been cast, work can begin on the main floors. As you drive past the project in the coming weeks and months, you will start to see this impressive structure rise from the ground.”

More than 19,000 cubic metres of concrete and over 2.2 metric tonnes of reinforced bar were used in the construction of the raft. Work is now underway on the four main 70-storey towers, which will eventually rise 250 metres into the air.

Ensaara Metropark – an integrated township at Nagpur – being developed by the Luxora group and Aanya group, has been awarded the Integrated Township of the Year award at the 28th National Real Estate Awards by Accommodation Times here on March 7 (Friday) . It also bagged the Marketing Concept of the Year award. The ‘Integrated Township of the Year’ award is given to the project that has demonstrated excellence in creating a self-sufficient and sustainable development to become a city in itself by establishing provisions for physical and social infrastructure, and by adopting environmental initiatives.The National Real Estate Awards were started in 1986 to honour excellence in the real estate sector in India and previous winners in this category have included Kohinoor city, Hiranandani Powai